Please follow the tour and follow each group. This helps all of us.
Posted by Linda Barnett-Johnson at 1:20 PM No comments:

Watch for these book tours with Cheryle Boyle:

I will also have Carolyn Howard-Johnson's in here soon.
Posted by Linda Barnett-Johnson at 1:18 PM No comments:

Posted by Linda Barnett-Johnson at 12:10 PM No comments: 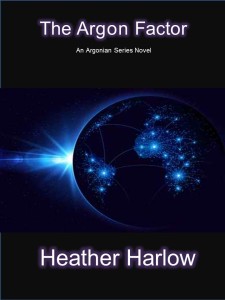 Susan Caldwell is one of GTS’s Security Development and Design Managers.  She’s new to Boston and this company and was hoping to get a new start, leaving her old life and distrust of men behind.  But now, her life is in danger and she has to depend upon a man to keep her safe.

Christoph Baldric is CEO of GTS and the Argon Earth-based Commander.  His alien race has been living in secret on Earth for centuries, assisting the Earth humans in their maturity and technological advancements in hopes to one day integrate and reveal themselves to the humans.

1. Give us a brief synopsis of your latest work.

I recently published my first book, a sci-fi romance action-adventure.  It tells about the aliens from the planet Argon who've come to our planet looking for a new home.  They're helping the humans on Earth survive themselves.  In the book, there's been a code breach at the high-tech company Susan has just started working for.  People on her team are being killed and she finds herself having to rely on Christoph, the CEO to protect her.  Little does she know he's the Argon alien commander on Earth.

My next book will be a continuation of the story and will tell more about the Grogans, the Argon nemesis from the former universe, Baldacon.

2. What got you into writing?

I've always wanted to write books since I started reading them at the age of 10 while on vacation with my family.

I like to read romance, action adventure, and historical.

4.  What is your process for developing characters? Do you watch and base characters off of what you see? Or are your characters complete figments of your imagination?

I believe my characters are complete figments of my imagination.

5.  How much time and effort do you put into marketing?

6.  Do you have any works in mind that you’ve not yet written? If so, what are they?

The Argonians series, which are stories about the Argon aliens.  One specifically is The Commander and the Pirate Princess, which is about the first integration between Argonians and humans.

7.  If there is one thing that stands out about your writing or your stories, what is it?

It is a bit risqué at times and hopefully brutally honest.

8.  What inspired you to write your most recent story?
My friend signed us up for a class about how to write a bestseller in a weekend.

9.  Where can potential readers find your work?
My book, The Argon Factor, is for sale on Amazon and Kindle eBooks.

10. Where can readers connect with you socially online? 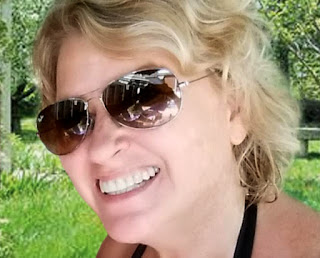 Heather Harlow has wanted to be an author since adolescence. The Argon Factor is her first book in a series about aliens from the planet Argon.
She’s always been a fan of superheroes:  Batman and Robin, Spiderman, Superman, Wonder Woman, Six Million Dollar Man, and the Bionic Woman.
She likes sci-fi movies and series, like Star Trek and Battle Star Galactica. More recently, she’s been enjoying the Avenger movies. In addition to her sci-fi interests, she’s a romantic. Therefore, it was natural for her to write about science fiction and combine it with a human interest story that has sex and romance in it.

Posted by Linda Barnett-Johnson at 11:28 PM No comments: 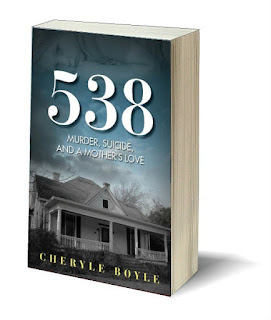 538: Murder, Suicide and A Mother's Love is a faction about family dysfunction and the prevailing love that sustains a mother. Lilly, happily marries and is full of life as she births five beautiful children. Life takes a drastic turn and she finds herself in a place that she never had dreamt of being. The grip of life keeps a tight rein on Lilly as she suffers great loss, but her strength in God and the love for her children push her forward.   There are days that she lives by simply putting one foot in front of the other. The drama that unfolds, at times, is unbelievable. From the eldest child to the youngest, the anxieties are obvious. Lilly finds herself at times unable to interact and is often heard reciting cliché's, words she lived by, "When it rains, it pours, A Bird in the Hand is Worth Two in the Bush, It'll All Come Out in the Wash."  Lilly is strong, resilient and loyal, and her inner strength causes her to persevere.

Give us a brief synopsis of your latest work.

My latest work is a faction of a dysfunctional family where the mother, Lilly, is the main character, and all that befalls her.  She falls in love and has a wonderful marriage, five beautiful children, and then tragedy strikes.  The family is never the same.  Lilly tries her hardest and her loyalty, resiliency and perseverance keep her moving forward.  The love she has for God and her children propels her to withstand all the turmoil.  She births more children and the chaos continues.  Lilly stumbles upon her youngest child's diaries and this affords her a unique opportunity.

What got you into writing?

I have always loved writing.  In the beginning, I wrote to express my feelings and to entertain my children.  Over the years this grew into the writing being a necessary creative outlet.

I enjoy reading fiction, crime stories, psychological mysteries.  I love the intrigue and the surprise when the ending is not exactly what you expected.  Lisa Gardner is one of my favorites.

What is your process for developing characters?  Do  you people watch and base characters off of what  you see?  Or are your characters complete figments  of your imagination?

It varies.  I have been presented with enough characters in my lifetime to fill many a book. So I would say it is a combination of real life characters and using my imagination to put them up to all types of scenarios with creative embellishments.

How much time and effort do you put into marketing?

I put a lot of time and effort into marketing because that is the main means of getting my writings out there.  I would say that half of my time is spent marketing; the other half writing. I am trying to change that, because I enjoy the writing much more.

Do you have any works in mind that you've not yet  written?  If so, what are they?

I have a lot of stories I am mulling around up there.  I would like to develop the character, Sadie, from my upcoming book and see where else she goes on her journey. I would love to also explore the world of children's literature.  I need to write at least a few children's book for my 12 grandchildren.

If there is one thing that stands out about your  writing or your stories, what is it?

I think my style.  I think that it is a bit different and I have the ability to really make people feel from my writings.  There always tends to be a sense of sadness in most of my writings.

What inspired you to write your most recent story?

The fact that so many children experience dysfunctional families. I wanted to draw attention to the dysfunction and the effects that it has.  You ask any adult, at some time in their childhood they experienced dysfunction; some worse than others.

Where can potential readers find your work?

My work will be available on Amazon.com October 14, 2015 with my first release, 538: Murder, Suicide and A Mother's Love.  Other works of short stories, poetry and blogs are available on my website: Cheryle Boyle.  I currently have a video trailer available for my upcoming release on YouTube

Where can readers connect with you socially online?

Please visit my website and sign up for my upcoming newsletter.  Leave comments, I'd love to hear from you and what types of writings you would enjoy seeing.

BIO:
Cheryle Boyle is a wife, mother and grandmother.  She enjoys experiencing life and making memories with her family. Cheryle lives in and enjoys sewing, cooking, embroidery, reading and shopping with her granddaughters.  She loves writing and shares some family interactions in her book, thus creating this faction (Facts + Fiction = Faction). 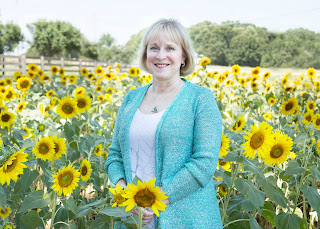 Posted by Linda Barnett-Johnson at 12:05 PM No comments:

Ever Feel Like the Frog in the Boiling Pot?

Posted by Linda Barnett-Johnson at 10:23 AM No comments: