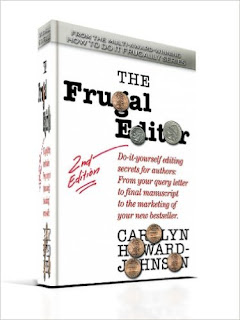 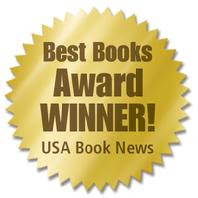 By Carolyn Howard-Johnson
Author of the multi award-winning HowToDoItFrugally Series of books for writers
Have you noticed how ampersands turn to gibberish when they are entered into some blog services like Google's blogpsot.com? That is only the beginning of problems ampersands cause for editors, and publishers of all kinds. Many of the difficulties they cause go unnoticed except by the publishing pros we would all like to impress like agents, librarians, bookstore event directors, and the acquisition editors at Knopf!
That's why I added a new section to the second edition of the winningest book in my #HowToDoItFrugally Series of books for writers, The Frugal Editor. Because ampersands seem to be so popular these days, it's especially important for editors and authors who publish books to know a little about their history, how to use them, and how gatekeepers and readers of Lynn Truss's famous zero-tolerance approach to grammar might view them. So, I thought I'd share this excerpt from The Frugal Editorwith you today, even though it's only one tiny part of presenting ourselves and our books in the most professional light possible.
AMPERSANDS: PRETTY IS AS PRETTY DOES
The ampersand is a real pretty little dude, but it isn't a letter nor even a word. It's a logogram that represents a word. Its history goes back to classical antiquity, but interesting history and being cute are no reason to overuse it in the interest of trying to separate one's writing from the pack. Better writers should concentrate on the techniques that make a difference rather than gimmicks that distract. Here are some legitimate uses for the ampersand.
For a style guide from the point of view of academia go to https://owl.english.purdue.edu/owl/resource/560/03/.
Many of my clients tell me they use the ampersand to make their writing stand apart from others or "because it's pretty." As an editor, I discourage them from this choice. Used this way it is distracting for many. The first thing we want in our writing no matter the genre is clarity, the last is reader distraction.
Readers of my multi award-winning The Frugal Editor will find a free offer in the backmatter of that book—a gift from graphic and cover artist Chaz DeSimone (http://DesimoneDesign.com). His free poster series illustrates the creative use of the ampersand, one based on the authenticity of its simply being visually attractive. Maybe that's an ideal way to feed our longing for "pretty" and help us avoid the other traps ampersands can lead us into.
------
Carolyn Howard-Johnson brings her experience as a publicist, journalist, marketer, and retailer to the advice she gives in her HowToDoItFrugally series of books for writers and the many classes she taught for nearly a decade as instructor for UCLA Extension's world-renown Writers' Program. Both the first and second editions of The Frugal Book Promoter and The Frugal Editor are multi award-winners. The latter is her winningest book which includes awards from USA Book News, Readers' Views Literary Award, the marketing award from Next Generation Indie Books and others including the coveted Irwin award. Her third book in the HowToDoItFrugally Series is How to Get Great Book Reviews Frugally and Ethically. It was released to acclaim from The Midwest Book Review and others.
Howard-Johnson is the recipient of the California Legislature's Woman of the Year in Arts and Entertainment Award, and her community's Character and Ethics award for her work promoting tolerance with her writing. She was also named to Pasadena Weekly's list of "Fourteen San Gabriel Valley women who make life happen" and was given her community's Diamond Award for Achievement in the Arts.
The author loves to travel. She has visited eighty-nine countries and has studied writing at Cambridge University in the United Kingdom; Herzen University in St. Petersburg, Russia; and Charles University, Prague. She admits to carrying a pen and journal wherever she goes. Her Web site is www.howtodoitfrugally.com.