The Right Time to Clean Up Your Cluttered Website 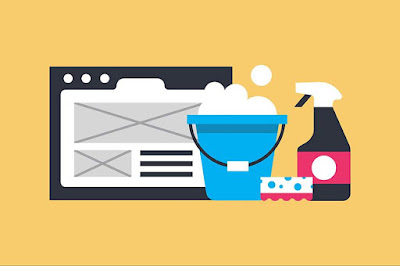 An online presence is not easy to be maintained and requires continuous improvements over time to make it function well. Giving your potential users a clear path and exposure to your site increases users’ engagement. The most common behavior that is ever noticed is merely switching to another site if a user does not like a site. The ultimate goal of an online presence is converting a customer so the better the first impression a user has of your website, the more you get conversions.
A cluttered website is like a pile of laundry on which things keep on piling and makes a mess of all your efforts at some point in time. Every website comes to an end where it requires cleaning so here are a few areas where a site needs to be improved.

Stick To the Wireframe: 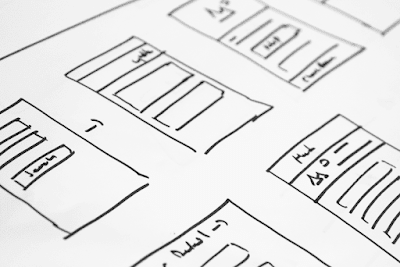 Creating a wireframe, in the beginning, can help you stick and follow your designated path. It helps right from the start to sail smoothly yet hold to the fundamental aspects of a website which only a custom website designer can do. 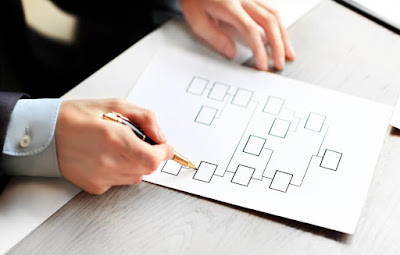 A website owner will never come to know about the difficulties that a user faces while navigating on the site. The way you look at your website is not the way how your user interacts with it. Make sure to have a clear navigation path to make your users quickly find what they are looking for? You can also search for ways to make your website more user-friendly to achieve your ultimate conversion goals. 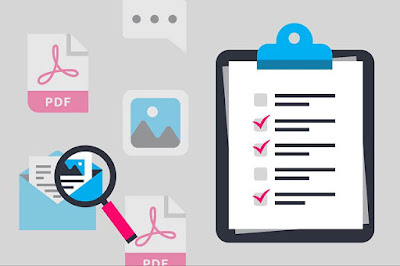 The most common phrase is “Content is King” which still persists and taking a close look at content overtime freshens up your website and keep it updated. The scope of businesses changes over time and does not remain the same as it was in the beginning, so taking a close look at your website content is mandatory to assure if the web content is in line with your business direction.

Adding fresh content to your website is mandatory. Adding new images of your business testimonials or your team members updates your site and makes it look fresh. Moreover, you can also add a blog section and keep on posting new informative content in the form of blogs to let your website retain users’ interests and engagement. 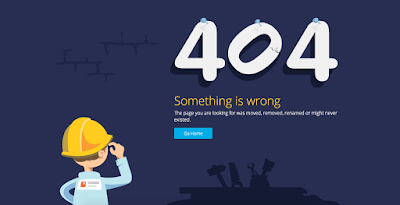 One of the most important tasks is regulating all the broken links on your website. A user takes not more than 2 seconds to switch to another site so make sure that there are no buttons on your website that takes your users to broken pages.

It only requires a few seconds to take a user test of your website and identify the non-functional pages and fix them.

Every website is built on a platform either it is Joomla, WordPress or Magento, and each of them has their outstanding plugins and updates. Websites that are built on WordPress are introduced to routine updates to improve the functionalities of the site. Unused themes and plugins not only occupy precious disk space but may also pose security threats to your site. Advancing the updates, installing useful plugins and removing the un useful plugins give your site a booster for better health. Go through your WordPress Media Library and remove any unused images that aren’t attached to your posts and pages anymore.

Decluttering the website does not end the tasks. Do you know how many people visited your site last month, or what are the top most visited pages and the pages from which your customers bounce back? Start studying the website analytics and identify the invaluable information to your business. It helps you know about your customers’ interests, likes and dislikes and thus let your website perform better.

Author Bio:
Loius Martin is a digital marketing enthusiast and shares knowledge about design and marketing through his blogs. With years of experience, he has covered major areas of search engine optimization and digital marketing. Read more of his articles at @loiusmartin1


Posted by Linda Barnett-Johnson at 12:24 PM No comments:

She was the queen of first dates

Posted by Linda Barnett-Johnson at 12:43 PM No comments:

Embarrassing truths of a madman's journey

Posted by Linda Barnett-Johnson at 10:37 AM No comments:

How do you respond when someone you love tells you they are transgender?

Posted by Linda Barnett-Johnson at 2:13 PM No comments:

Inside the End Quotes by Mary Deal

Much confusion exists about what goes inside or outside of the end quotes in dialogue.

To digress briefly, the only sentences that should be included in quotation marks are something that someone said. Quotes are used a lot to set off passages taken from other writing. Though allowed, quotation marks are being over-used to draw attention to words and phrases other than dialogue. Considering dialogue, quotes can also be used to set off a repeated portion of something another person said. An example:

~ His response to revealing the secret was that it was “deep and dark.”

~ San Francisco is known as “The City by the Bay.”

In the examples with quotation marks, I would immediately wonder who said that. Yet, it isn’t written as dialogue. The correct way to set off a title or information other than dialogue is to present it in italics.

San Francisco is known as The City by the Bay.

Having clarified that, what follows is the correct positioning of the end quotes on various forms of dialogue.

All punctuation, whether statement, question or exclamation, belongs inside the end quotes.

“Where did you go?” she asked.

“We went to the movie first.”

Notice in the last example above that the sentence wasn’t complete until after the word said. A comma was used after it, then the end quotes. The variation from the sentence above with the question mark is that a question mark always follows a question, regardless that there is more to the sentence.
Then we get into a person relating something someone else said. That’s where you find single quotes inside double quotes.

“When she became obstinate, her mother said, ‘Go to your room!’”

Notice here, too, the lack of a period after the repeated dialogue. Someone else said It’s over but it is not the end of the whole sentence that is being spoken in anger. So the exclamation point belongs after the single quote mark but inside the double end quotes.
For most writers, the simple rule is that all punctuation goes inside the end quotes. When it becomes more complicated is when you begin to quote dialogue where one person is telling what another person said. Then many more variations exist.
Much to any writer’s chagrin, instruction for proper usage of quotation marks could fill many pages. It’s wise to have a reputable book of punctuation nearby and seek out the exact examples and solutions you may need for your prose.
To assure your punctuation won’t get your prose rejected, I highly recommend The Chicago Manual of Style: The Essential Guide for Writers, Editors and Publishers.

Edge of your seat - The 6th Strand

Posted by Linda Barnett-Johnson at 10:20 AM No comments: